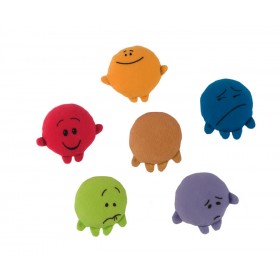 Now that I have started down this road I have already discovered it to be full of mixed emotions. First, I feel excited to be back thinking about another home birth. I feel the same excitement I felt when planning my first. But then, after the feelings of excitement wear off I feel worried, uneasy, distressed, and overwhelmed about the possible risks. I read on another woman’s blog that she was not angry about her first c-section until she was pregnant with the subsequent baby. I feel the same way. I thought I had gotten over the feelings of anger from my first birth experience but now that I am pregnant again I realize how much is has affected my ability to make future decisions. I do feel cheated. Another thing I related to on this woman’s blog was her feelings of being alone. I feel like, although my husband and sister are supportive, nobody understands my desire to have an empowering natural birth experience. My sister had 4 hospital births, 3 with pain meds, 1 without (but not by choice). And while I respect her decision to birth the way she wanted, she doesn’t necessarily understand where I am coming from (although she is very supportive of my decision to have a HBAC, thanks sis). My husband, of course, is just concerned about my safety and the safety of our unborn child. He wants to be sure I am making a safe decision and not a selfish one. At first this seems hard to take from him, but at second glance it is nice to know I have someone willing to ask the tough questions and make sure my motives are pure (thanks babe). Other than those two people I don’t really have anyone to lean on for support. I have chosen not to tell my parents of my decision, as I know they will not be supportive. Either way, without a current midwife or a friend that has had the same experience as me, I am forced to deal with my feelings alone, at least right now. Part of me wishes the birth was soon, but another part of me is glad I have time to process all this first. 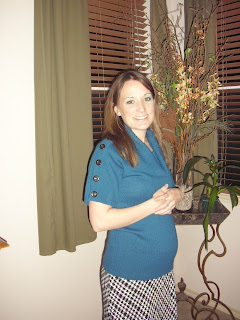 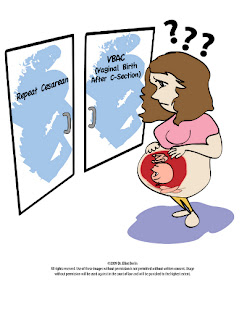 My name is Natalie and I am a wife to one wonderful husband, mother to one beautiful son (14 months), and child to one glorious God. I’m pregnant with our second child due in June 2012 and happily stay at home taking care of our son and volunteering in our community.

I am also a scar holder to one traumatic birth ending in a Cesarean Section. I will tell more about that story later but now more on what I am doing here.

I decided to start this blog to share my journey down the path of the VBAC dilemma.

The dilemma? Hospital or Home

I am currently seeing an

I don’t think you can really know what was going through my mind without the story of my first birth. Believe it or not, it started as a homebirth. I labored at home for 12 hours and pushed for about 2 hours. My midwife, despite what I had though about them, made decisions for me that I can only attribute to her desire to speed things along. I planned a homebirth to avoid the unnecessary interventions so common in hospital births but found my midwife was not as patient as I had expected. Of course, I could have said no to the things that she did but I had the naive view that I could implicitly trust all midwives. She broken my water as soon as she arrived and got settled and had me start pushing before I was fully dilated. It all ended with a swollen cervix (due to pushing on an un-dilated cervix) and a transfer to the hospital. The midwife and her assistance were so concerned about leaving their cars out in the suburbs that they had me and my husband drive to the hospital alone. After arriving at the hospital, getting registered, and receiving an epidural the doctor came in. Within 15 minutes I was rushed off to the OR to have a c-section. They claim it was due to decelerating heart rate but later the OB admitted that my son was fine but could have gone down in a matter of minutes or could have lasted for hours more. They did not want to take the risk. So I ended up with a c-section and my midwife was never seen or heard from again.

To tell you the truth, I am not anti-homebirth or midwife after my situation, but I am a little fearful that if I attempt another homebirth I will end up transferring and it will all be for nothing.

So here I am now. Having to face my fears or take the risk with an My goal is to face my fear, but I want to do my due diligence, research the facts, and find the best person to support me. This is the challenge. For now, I will continue to see my and continue down the path that will hopefully lead me to a HBAC.